What Is A Condensing Boiler And How Do They Work?

Finding the right boiler can be a hassle. How do you know which is the best condensing boiler to have in your home? To make things a little easier for you, we’ve created this helpful guide to explain the most energy efficient boiler type on the market today.

Heating our homes efficiently is something we all need to get on board with. Condensing boilers in particular are designed to heat up your home and water as efficiently as possible. Not only is it now a requirement (as of 2005) for every newly fitted gas-fired boiler to be condensing, but it must also have an efficiency ‘A’ rating too.

So, what is a condensing boiler and how does it compare to other options? This guide will take you through the process and explain why they are super eco-friendly for your home and the environment. 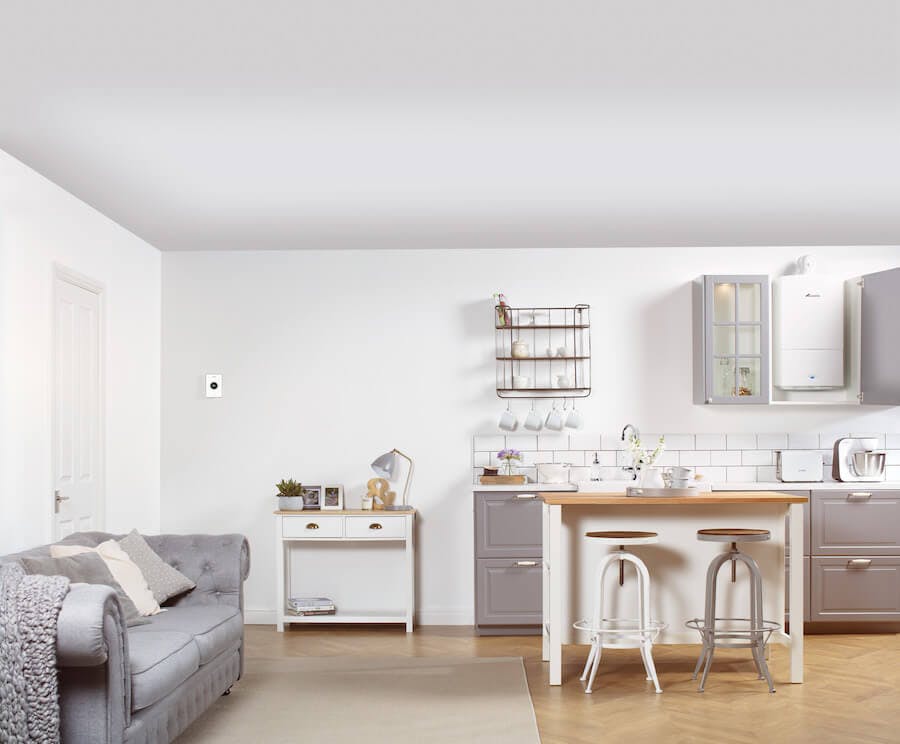 What is a condensing boiler?

How does a condensing boiler work?

Your boiler will use either gas or oil as fuel and it will begin to burn when lit. As it does so, it inputs the heat from the burner into a primary heat exchanger. The hot air travels through the heat exchanger and is kept here for as long as possible to bump up the temperature. It will then take this heat away to your radiators.

The heat also travels through a secondary condensing area, which is something other types of boilers don’t have. As it does so, the warm air condenses, causing droplets, or water vapor to occur -which are then collected and taken away to be disposed of via a drain. This is one of the main advantages of a condensing boiler as no other boiler will have this amount of efficiency. 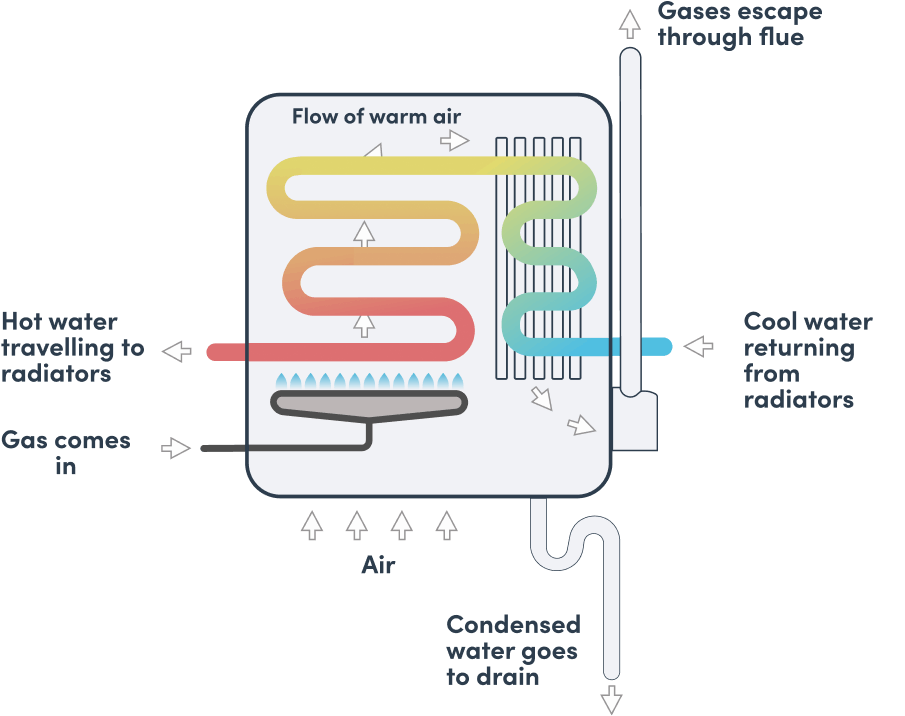 So, how do I know if my boiler is condensing?

If you currently have a boiler installed in your home and aren’t quite sure if it’s a condensing boiler or not, there are a few things you can check with your current system or in your boiler manual.

If you don’t currently have a condensing boiler or your current system is more than 10 years old, you may want to consider the upgrade. Replacing your system with a newer, highly efficient model will ensure you’re much more secure. This way you can be confident that your boiler will run smoothly through the cold winter.

Get your fixed price from us by visiting our find a boiler online tool find the boilers suitable for your home, it'll only take 2 minutes.

Does a condensing boiler need a drain? 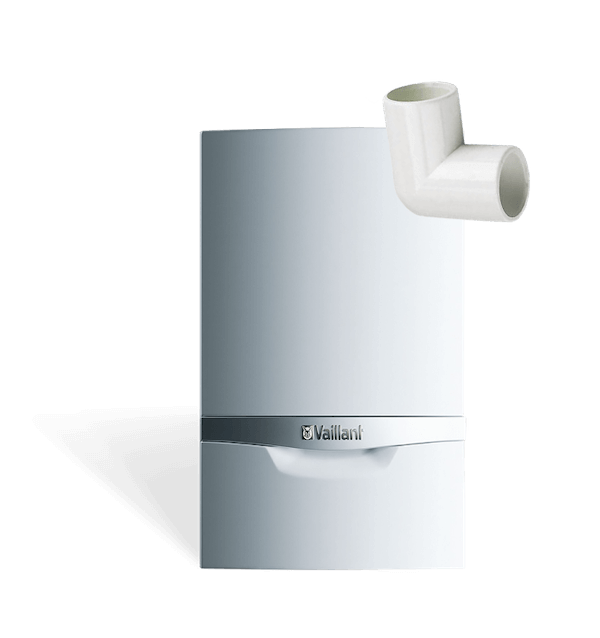 In short, yes. It’s actually a necessity for all modern condensing boilers to have a drain in order for your boiler to be able to dispose of waste condensation. It will also pair up with the external flue, releasing the waste gas as steam.

What is the difference between a combi boiler and a condensing boiler?
There are three main types of boiler which can all be condensing:

‘Combi’ is short for combination – this type of boiler combines heating and hot water, so a separate cylinder or tank is no longer needed. They’re suitable for small homes with one or two bathrooms and are convenient and quick to install. Combi boilers manufactured these days will also be condensing boilers, so they will be much more energy efficient.

There are also some differences when looking at the condensing boiler vs non-condensing boiler, or your standard boiler (or ‘heat-only’ boiler, if we’re going to go through the different terms).

The heat input is pretty much the same at about 250 to 350 degrees, but a condensing boiler has a much more efficient way of working compared to other types.

What temperature should a condensing boiler be set at?

The key temperature for your central heating should be around 70°C and your hot water should be set to around 60°C.

What are the benefits of a condensing boiler?

A condensing boiler comes with a whole host of benefits compared to older boilers. As we’ve already mentioned in detail, there is a higher energy efficiency rate of over 90%, so immediately, this stands out as a huge benefit. Here are just some other reasons why a condensing boiler is the one for you:

Are condensing boilers safe and reliable?

To ensure people invest in the best condensing boiler for their homes, they’ve undergone extensive safety checks to make sure they’re fit for the job. Condensing boilers are safer for your home as they’re sealed for heat insulation; there’s no risk of anything being sucked into the boiler itself. There is also no risk of you or a family member coming into contact with any toxic substances or gases as everything is safely disposed of through the external flue and drainage system.

A myth about condensing boilers is that they may not be as reliable as other boiler types – this certainly isn’t true. All components these days are just as reliable as standard boilers, perhaps even more so. They’re also fully efficient at all times of operation.

What is a condensing boiler? A smart, energy efficient way to heat your home and water.

As every newly installed boiler is condensing, it’s more than worth the investment if you’re still living with an older set-up. We’ve gone to detail on how efficient it can be, not just for your household, but for the environment too. The benefits are definitely extensive!